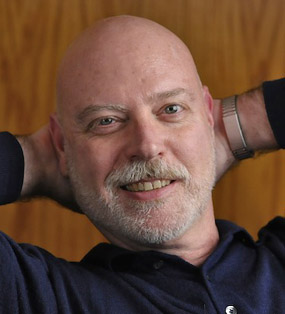 Andrew Adams has been music director of numerous churches and temples in the New York and Los Angeles metropolitan areas. He began composing and arranging traditional liturgical music for Manhattan’s Church of St. Mary the Virgin and Park Avenue Christian Church. As founder of Denver’s Orpheus Pagan Chamber Choir, his work has broadened to include folksong settings and original choral works of a less traditional nature, as he and the choir explores the pagan in both traditional choral music and the emerging pagan choral repertoire. He maintains a private voice studio in Denver. As a professional singer, he has appeared with in opera, concert & recital in the US, Italy, and Germany. With the Westminster Choir, he performed frequently with many of the major orchestras and conductors of the world. Mr. Adams holds two graduate degrees from Westminster Choir College in Princeton, NJ.